Dub Thompson spins a new wall of sound on “9 Songs”

Dub Thompson’s sound is hard to pin down — you could call it clash-rock, noise metal against noise metal, noise rock, 60s flower-power on 21st-century acid– an experimental noise-rock tangle of everything but the kitchen sink. Either way, the duo of Matt Pulos and Evan Laffer have put their own tight spin on psychedelic rock and given “9 Songs” its own “wall of sound,” which proudly drives the album.

The album plows ahead from the start, with an onslaught of sound and punk and acoustic. On “Ash Wednesday,” and throughout the album, guitars are distorted and muffled and vocals are scratched up and bruised, while an overpowering beat keeps it all steady. The sometimes playful “Mono” tries to be suitable for the radio, but thankfully doesn’t go too far in that direction, instead milking a dark guitar melody until a chorus sends you down another wormhole. 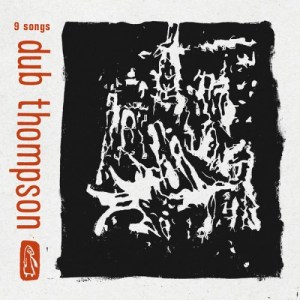 Different percussion forms the groundwork with which “Dograces” grows and ends with a march, then a vintage shopping-mall/playground melody that’s mashed up and deconstructed. It’s like some kind of strange, Clockwork-Orange circus where you don’t know what’s going to pop out next. Unexpected sounds creep out of the woodwork, settle in, then fade as a new sound takes over.

Melodic and strange, “9 Songs” spins you around and leaves you unsettled; it plays with reverb and oddball lyrics (The line “It’s only breakfast” comes to mind), organ and drums, styles and weird sound bites. It’s a whirlwind of sound and we’re just happy to be along for the ride.

Listen to “Mono” to “Mono” on Soundcloud and watch “Dograces”  and  “No Time.”