Two girls absolutely smash this cover of “Killing In the Name”

I know it’s been far too long since I’ve posted on here, but I just came across a Rage Against the Machine cover that undeniably kicks ass and I wanted to share that with everyone. If it’s awesome enough to bring me out of my blog slumber, then it’s awesome enough for you to watch it.

They’re kid sisters who have covered Rage Against The Machine’s “Killing In the Name.” They do the vocals and lead guitar, and a drum track picks up the slack. The video was posted in September 2018 and has racked up more than 394,000 views. 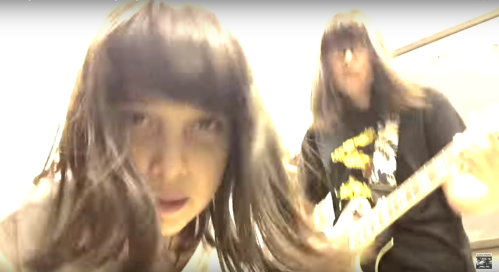 These appear to be young girls – I would say maybe 8 and 12 — who knows. I don’t even know their names … yet. The younger one already has the death growl down pat, and the older one can shred rhythm and lead like a pro. 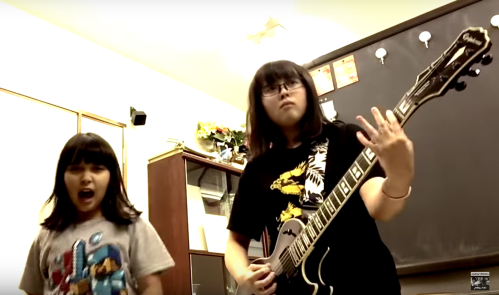 All I know for sure is: They bring the fire.

Primus and the Chocolate Factory With the Fungi Ensemble

Primus has just released their eighth album, and the first since 1995 with the original group.

But Primus, as usual, has taken it one step further.

They’ve made five “gold” vinyl records, similar to the “golden ticket” in the famous film, but instead of mounds of candy, the finders of the golden records get free Primus tickets for life, according to a story in the Huffington Post. They’ll be mixed in with their chocolate-colored vinyl.

Watch the making of the records in their promo video here.

Primus has also been handing out chocolate “Primus” bars at live shows, and who doesn’t want that? They even had different varieties: “Mr. Krinkle Bars,” “Professor Nutbutter Bars” and “Bastard Bars.” Empty calories never tasted so sweet.

And might as well check out their classic “My Name is Mud,” to get another taste of their bizarre and awesome flavor.